Here's another favorite from Anouar Brahems Thimar on ECM.  This recording was a rearrangement of Brahem's earlier song "Touyour."  This is a beautiful and rare example of Brahem's vocal music.  For Thimar, Brahem took the instrumental interludes from the song and strung them together, as well as adding a solo vamp for improvisations.

The meter changes quite a bit in this tune, and to be honest I am not 100% sure that the way I've laid out the barlines in this sheet music was exactly what Anouar Brahem was thinking.  Thimar has no percussion, so there is no reference for  the beat, and in "Touyour" the percussion follows the melody so much that it is hard to say what the basic beat would have been.    What I have here will definitely allow one to play along with the recording, though —  the rhythms are all correct.  I wrote the simplest possible version of the beat, so that you can keep a steady quarter-note pulse throughout regardless of the time changes. 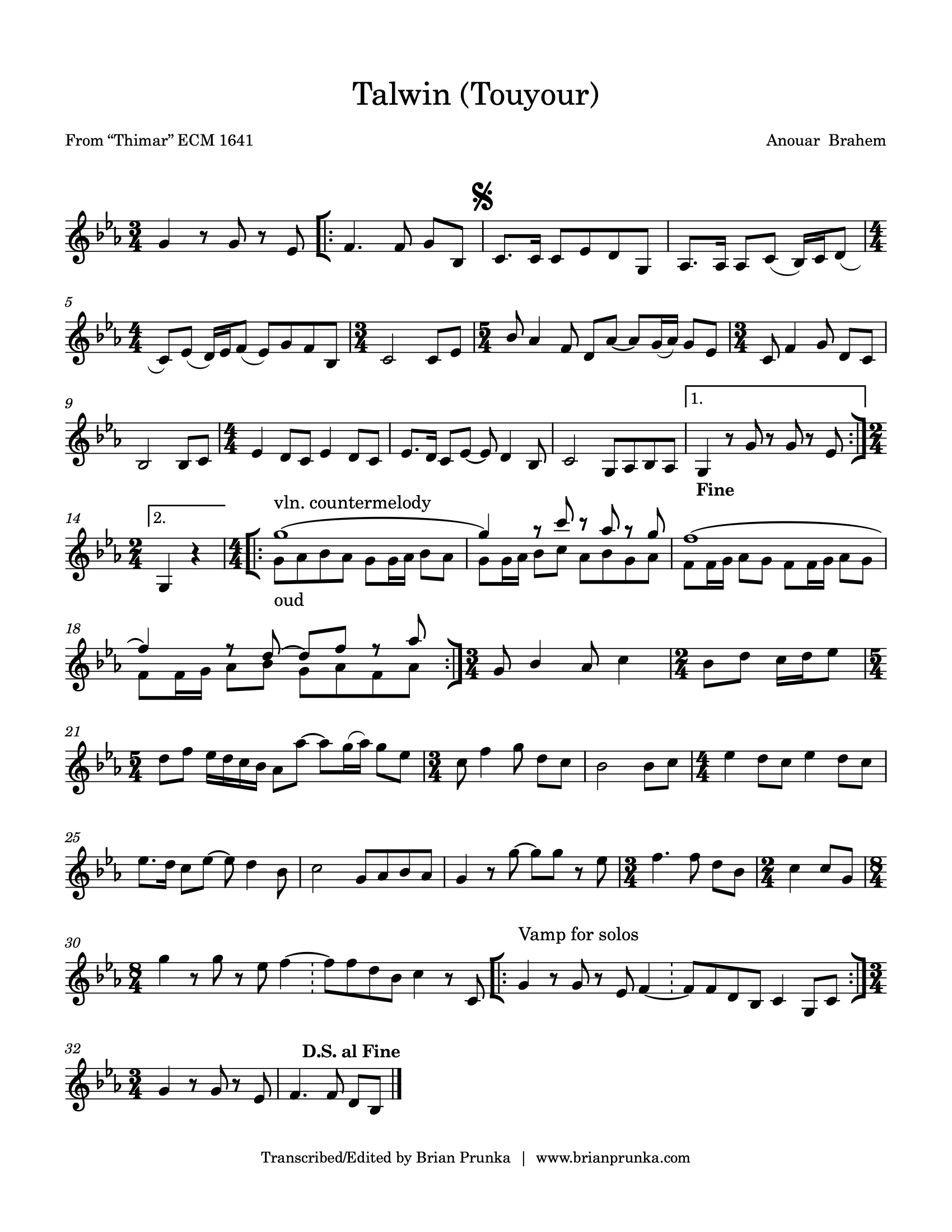 For the middle section,Brahem plays a number of variations, with lots of 16th notes.  Some of these are very challenging.  I wrote the more 'basic' melody with just a couple embellishments that he played pretty consistently.  I recommend listening closely to the recording for the highly ornamented variations.

One other note about the middle section: I wrote in the violin countermelody from "Touyour."  Since the version on Thimar is a duo (just oud and bass), it's not played there, but I thought it was a beautiful touch in the original version so I wrote it in.  The violin also played fewer repeated notes in its interpretation throughout, creating a more legato, lyrical quality in contrast to the oud's propulsive rhythmic approach.