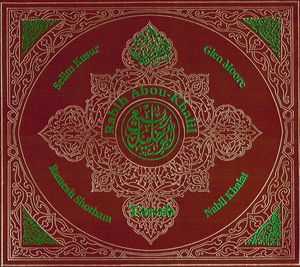 Here's one I've been asked for a number of times.  For some reason, I never got around to it before.  This tune first appeared on Rabih Abou-Khalil's album Tarab, and later on the album Arabian Waltz.  It's the first version that I've transcribed here.  For the string quartet version on the Arabian Waltz album, he made a few changes, notably the low notes in mm.15-16 and slightly changing mm.17-18 (the melody is changed a bit and the beat changed).  He also added some extra sections with new melodic material for the string quartet—in the  original he just plays a long, arguably somewhat maniacal oud solo.  Perhaps at some point I'll write out the string quartet version (at least the melody).

Brackets indicate the parts played by the nay, the oud plays throughout. 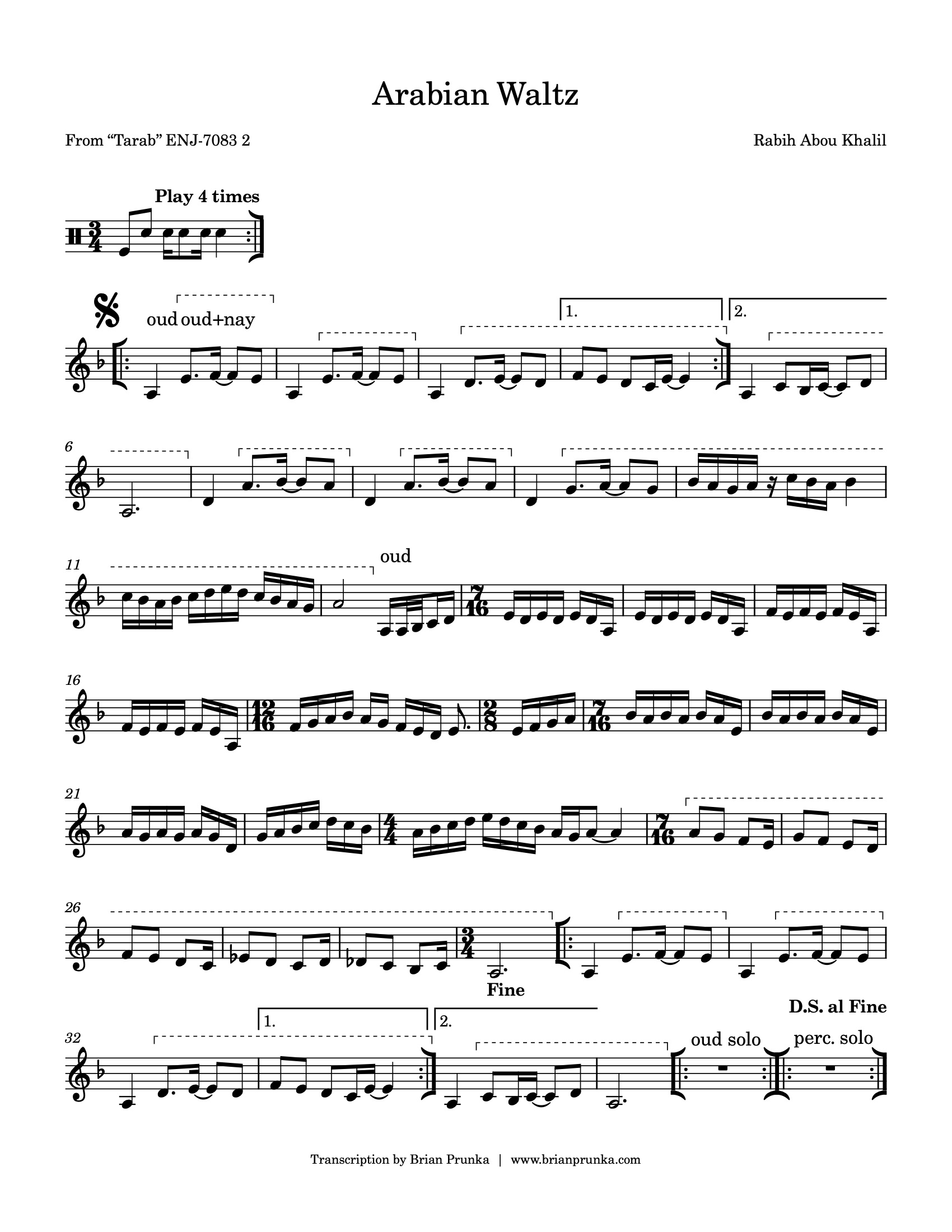