In the previous post, I put up a transcription of a signature line from Kurt Rosenwinkel's solo on "Zhivago" from The Next Step. The line is basically planing a particular arpeggio diatonically, but modifying it to match the underlying chord progression.

To get a better grasp on the device, I took it out of the context of the chord progression and planed the arpeggio diatonically through the major scale. This would also work on any mode of the major scale (dorian, phrygian, lydian, mixolydian, aeolian, locrian), since they all have the same chords.
This could work well in a modal tune like "Milestones", which is a long dorian vamp followed by an aeolian bridge.

The arpeggio is 1-5-7-10-13-14 (10-13-14 being 3-6-7, but up an octave). Rosenwinkel plays them alternating between the ascending and descending version. This works out two ways, depending on whether you start ascending or descending. 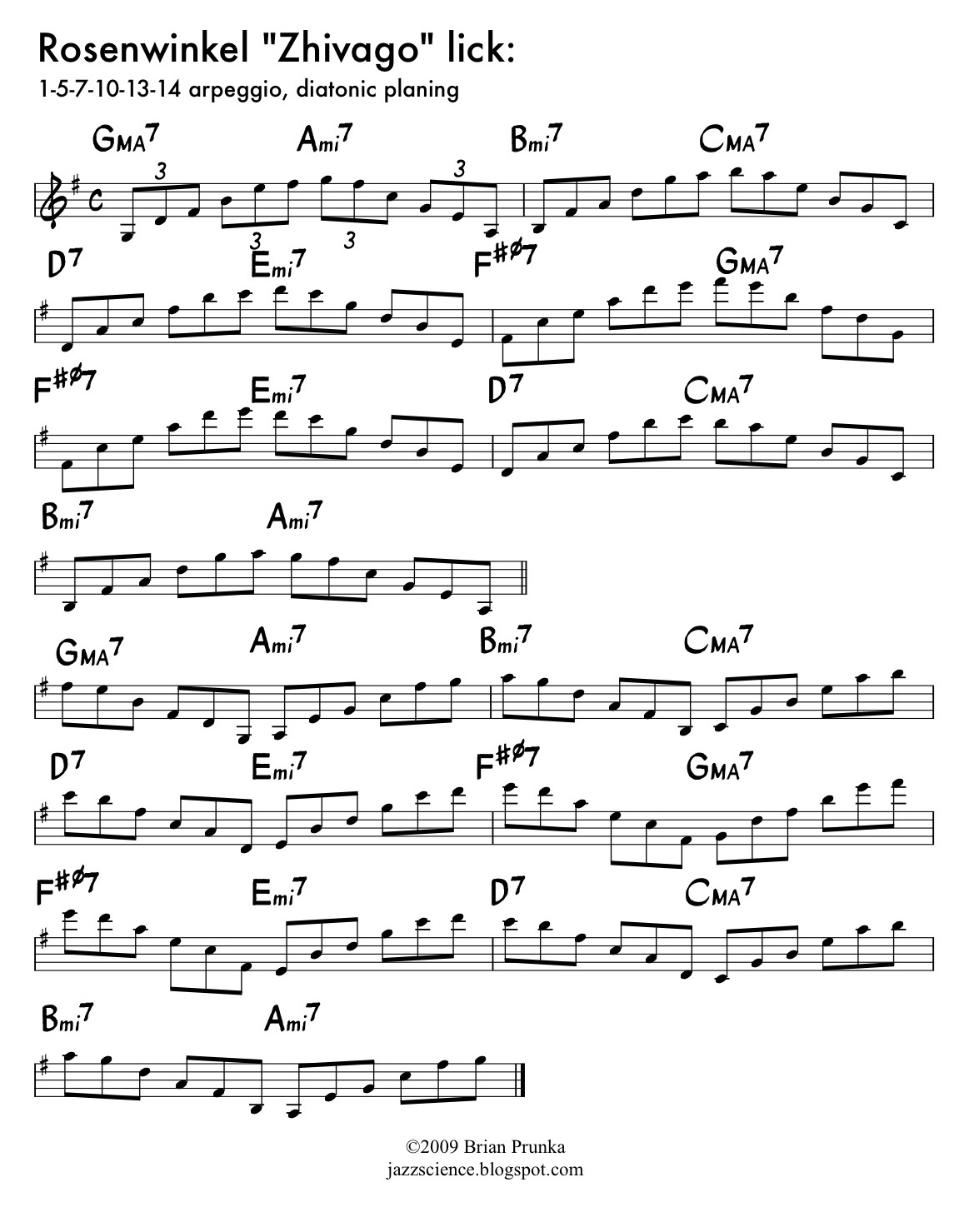 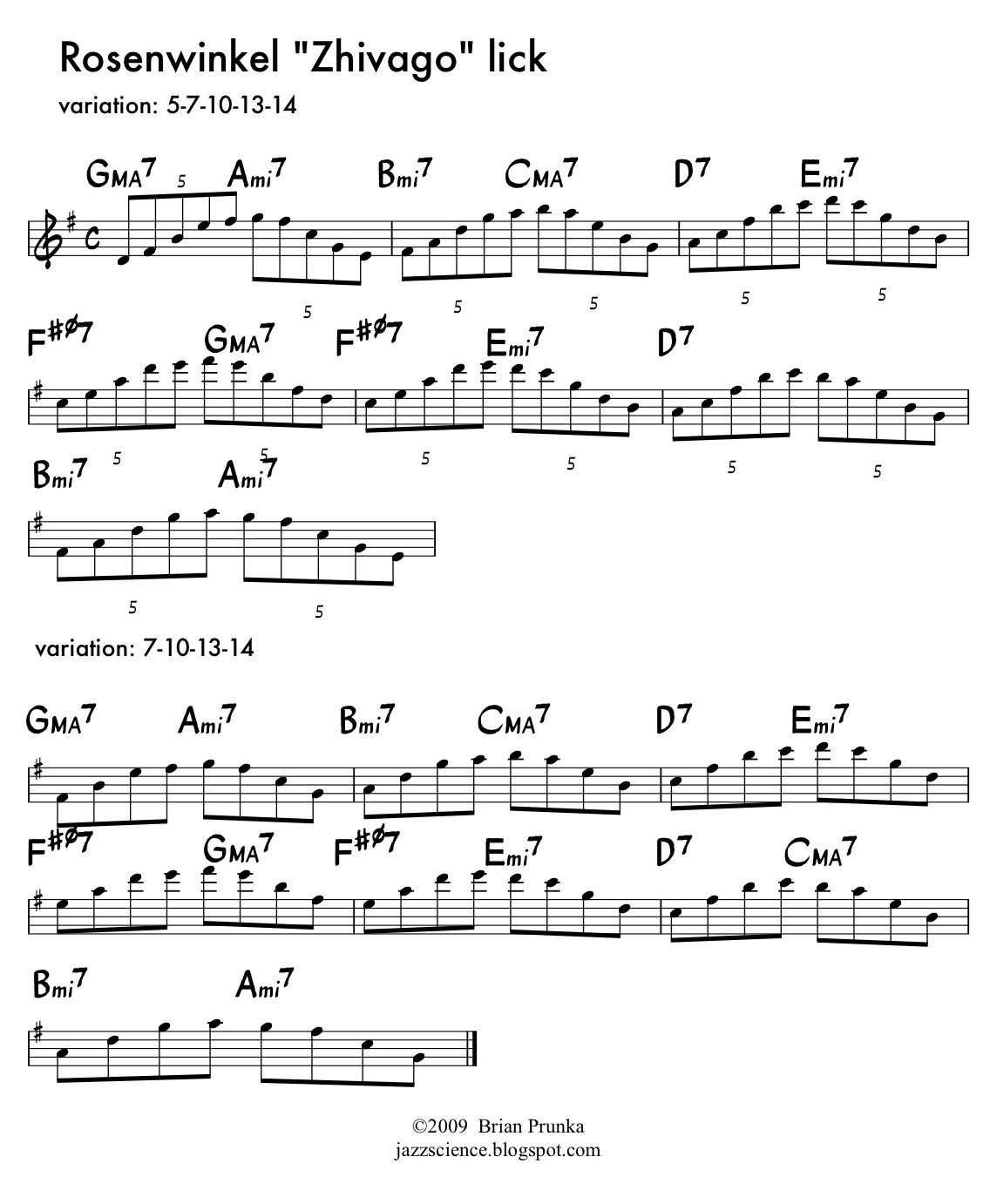