Here are two great tunes that are a lot of fun to play, and very conducive to adding improvisations in performance.
"Raqset al-Atlas" is a famous tune by the Moroccan musician Abdelkader al-Rashdi (عبد القادر الراشدي).   Listening to it recently, I was struck by the similarities to the tune "Hubbi" (حبى) by Mohamed Abdel Wahab (محمد عبد الوهاب).

I first heard "Hubbi" on the same "Bellydance with Mohamed Abdel Wahab" recording that I mentioned in a previous post, but really became fond of it after hearing a great performance by Simon Shaheen, Ali Jihad Racy, Bassam Saba and Michel Merhej at the Shaheen's Arab Music Retreat.

Both tunes are in maqam Rast and make extensive use of iqa' wahda w-nuss.  Really, "Raqset al-Atlas" is entirely in this rhythm, and it is the middle section of both tunes that are most similar.  They use a very similar texture:  long, lyrical melodies in the strings supported by a similar rhythmic ostinato (vamp) figure.  The exact ostinato is not same: Abdel Wahab emphasizes the 4th in a one-bar figure, while al-Rashdi uses a 2-bar figure that alternates emphasizing the tonic and the third.

There are several notable differences as well: "Raqset al-Atlas" is entirely in Rast, with no modulation, and has no changes in the rhythm. In contrast, "Hubbi" changes rhythm between the rhythms of "fox", and wahda w-nuss, and includes several rhythmic breaks.  It also has some brief hints of modulation, though never really fully modulating. 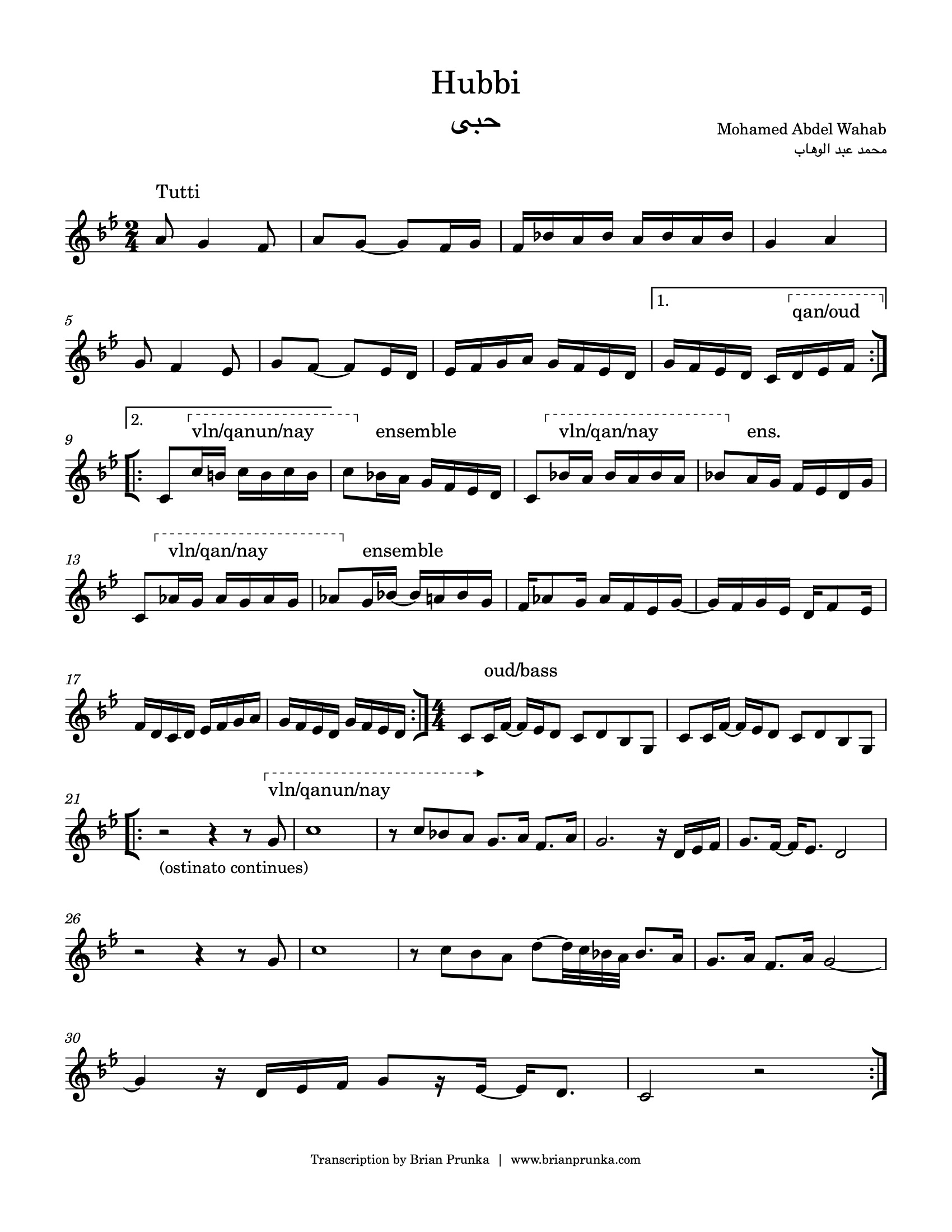 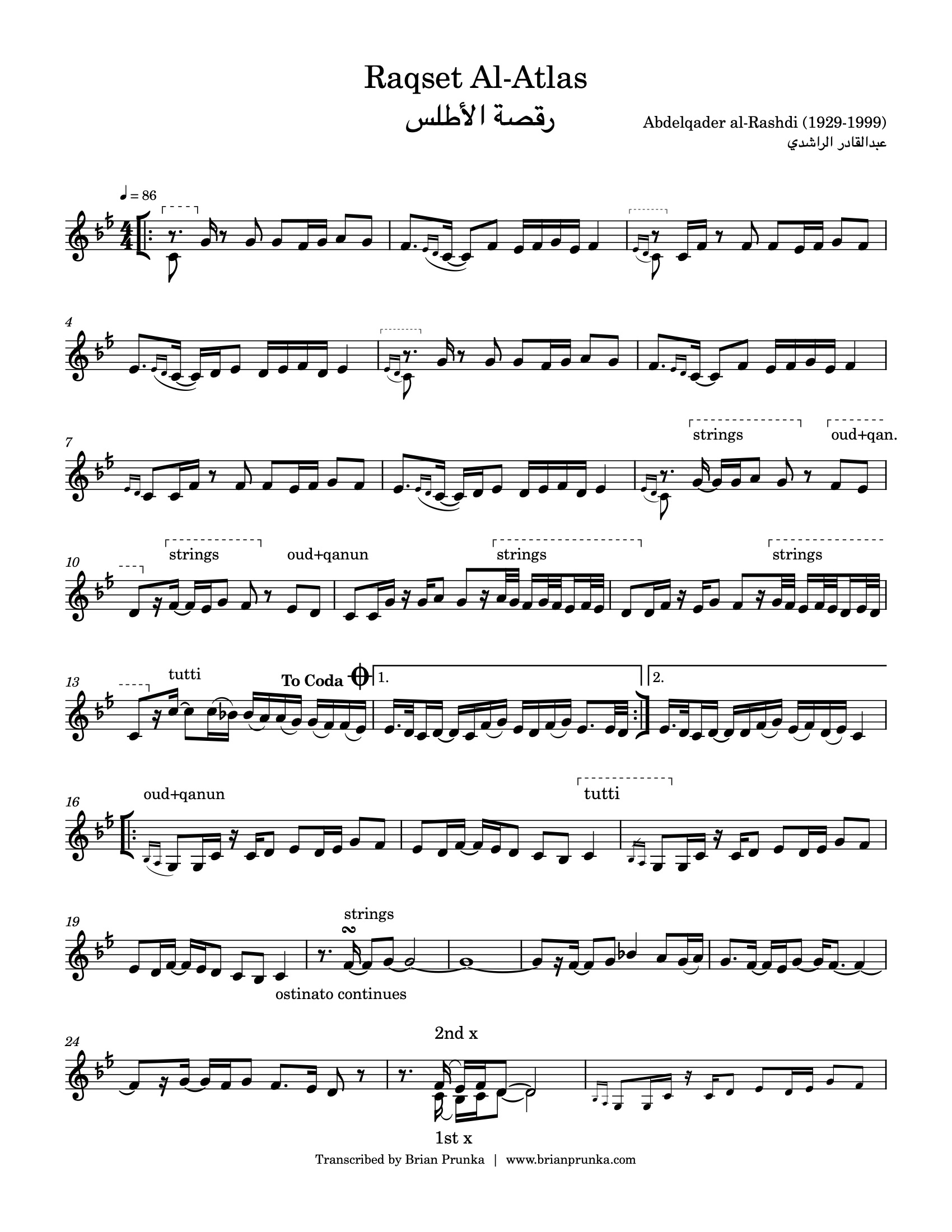 While it's difficult to find reliable information about instrumental compositions, as far as I can figure out, "Hubbi" was written in 1937 and "Raqset al-Atlas" in 1948, so it seems likely that the latter was somewhat influenced by the former. If anyone has any further information, please let me know in the comments. Regardless, they are both great compositions! Sheet music below—they're both 2-pagers so I'm linking the PDFs.  I'm putting some Youtube links to listen as well.

I've put both sheets in Rast on C for ease of playing and comparison; but note that Abdel Wahab's recording is on D, and the piece is frequently played in F (which mostly just involves moving everything up one string).

There are a few different versions of Raqset al-Atlas available.  Since al-Rashdi lived a long time, there are recordings from later in his life where he seems to have made a couple of small changes to the piece.  I liked the changes and this is the version I transcribed.  Out of respect for the composer I thought it best to go with the 'revised' version. As a composer myself, I have occasionally revised a composition later and I know that's what I would prefer.

If you found this interesting or useful, or have any questions or thoughts, please let me know in the comments!