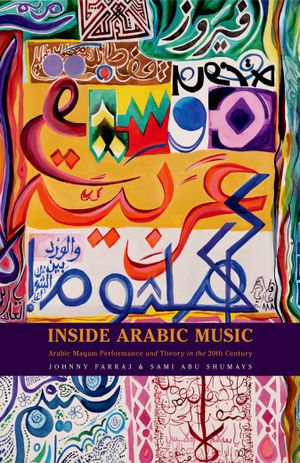 This book is such a monumental achievement that it would be nearly impossible to overstate what Farraj and Shumays have done. Not only is this an eminently readable primer on Arabic music, it rebuilds the analytical foundations from the ground up. One of the primary goals of the book is to decolonize Arabic music theory—to develop an analytic framework that originates in the aural tradition and aesthetic paradigms of Arabic music, without attempting to shoehorn it into Western theoretical constructs and ideals. This is a tall order—Western theory is so pervasive that it underpins a great deal of the existing literature on the subject, by Westerners and Arabs alike. The insight and imagination required to even attempt this is impressive; that they succeeded with such scientific rigor is remarkable.

In several respects, the authors have developed new analytical tools for serious listeners to approach the repertoire. Rather than attempt to derive "rules" and other top-down theoretical structures, they strictly work from the documented primary sources (recordings by undisputed masters of the Arabic "golden age") to produce open-ended observations of various phenomena. The beauty of this approach is that it is flexible and can be constantly refined by adding to the repertoire of examples with which one is familiar; an analytical approach that mirrors the aural tradition of learning from which this music originated. Further, it is capable of addressing a great deal of nuance (regional variation, stylistic changes over time, etc.) in relation to the fundamental context.

For musicians, the detailed exploration of maqam (much more comprehensive and coherent than any other Arabic music theory resource available) is an extremely valuable resource for understanding all genres of Arabic music, including taqasim. Their sections of analysis of ajnas and maqam, modulation and sayr are far more useful and thorough than any other resource in English.  While the book does discuss the traditional instruments and include some instrument-specific information, there is not much focus on the details of the oud in particular, as the emphasis is on the general principles that apply on all instruments as well as the voice.

The book walks a fine line between academic research and general readership; the authors don't sacrifice precise and detailed information but manage to present it in a very readable style. Part of their philosophy is to emphasize listening, so convoluted explanations are considered secondary to directed listening examples (some include transcriptions for analysis, but there are too many examples provided to have full transcriptions of everything).  What is particularly unusual and impressive is that Farraj and Shumays manage to give something to everyone — the novice will find the information and guided listening accessible, while the advanced practitioner will find new nuances and perspective to add to their understanding.

I highly recommend it without reservation to anyone interested in maqam and Arabic music.

Available here from the publisher: https://global.oup.com/academic/product/inside-arabic-music-9780190658366

(Full disclosure: Johnny and Sami have been my friends and colleagues for many years. I have no personal involvement in the book other than making a few minor suggestions in the section on the oud.)