Triads in the Diminished scale

I haven't posted anything to the blog in a while (obviously), but not because I haven't had anything to post! I'm just a bit of a perfectionist and it's been hard to find the time to put stuff into a form that will make sense to other people. I've decided to post stuff a little more haphazardly for now, just so it's more regular.

Here's something from my pile of things I'm working on. The diminished scale has a wide variety of sounds within it, including three different kinds of triads (diminished, minor, and major). This is just a basic presentation of the possible diatonic triads. Interestingly, if you start with a diminished triad and proceed diatonically you get all diminished triads, but if you start with a major or minor triad and proceed diatonically, you get alternating major and minor triads. 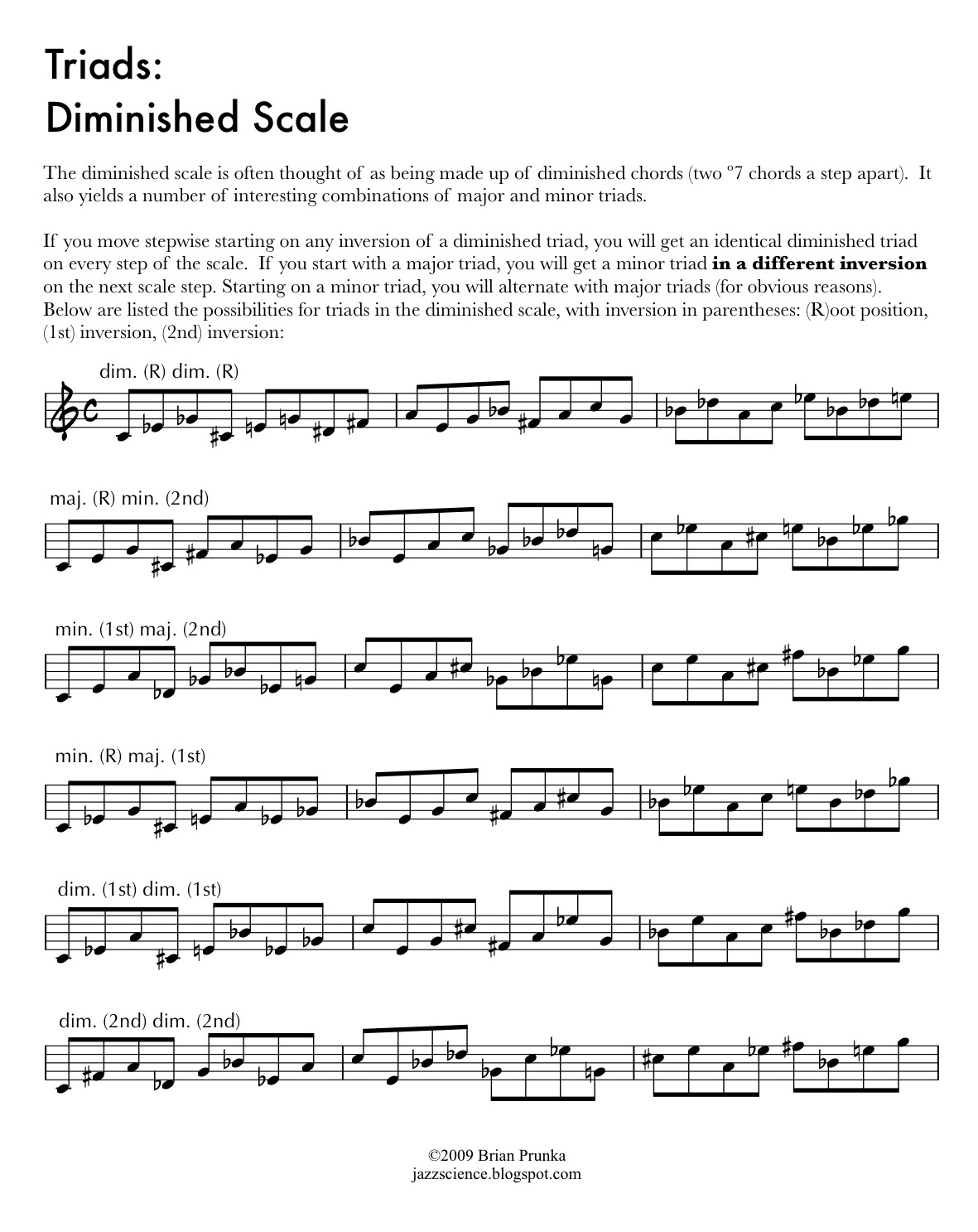