The uses of triads for an improviser are nearly limitless. As I hinted at in my previous post on digital patterns, adding a note to a triad to create a four-note group can create a lot of possibilities.  The standard digital patterns 1235, 1345, and 1356 are all examples of a triad with an added note (1356 and 1357 can also be considered arpeggios).

I'm working on putting a whole book together of various ways of incorporating triads into your playing.  Here's an excerpt from the section on added-note triads.  I indicate the scales in which the pattern can be found, as well as the main harmonies over which it can be used.  Of course, these can be used with substitutions as well, and with more 'outside' playing to break out of the strict harmony.

I indicate the pattern with either a capital or small "m" for major or minor triad, "A" for augmented, "d" for diminished, with the interval from the root of the triad (using +/- to indicate a sharpened or flattened degree.  For example, M-2 = Major, with added b2. 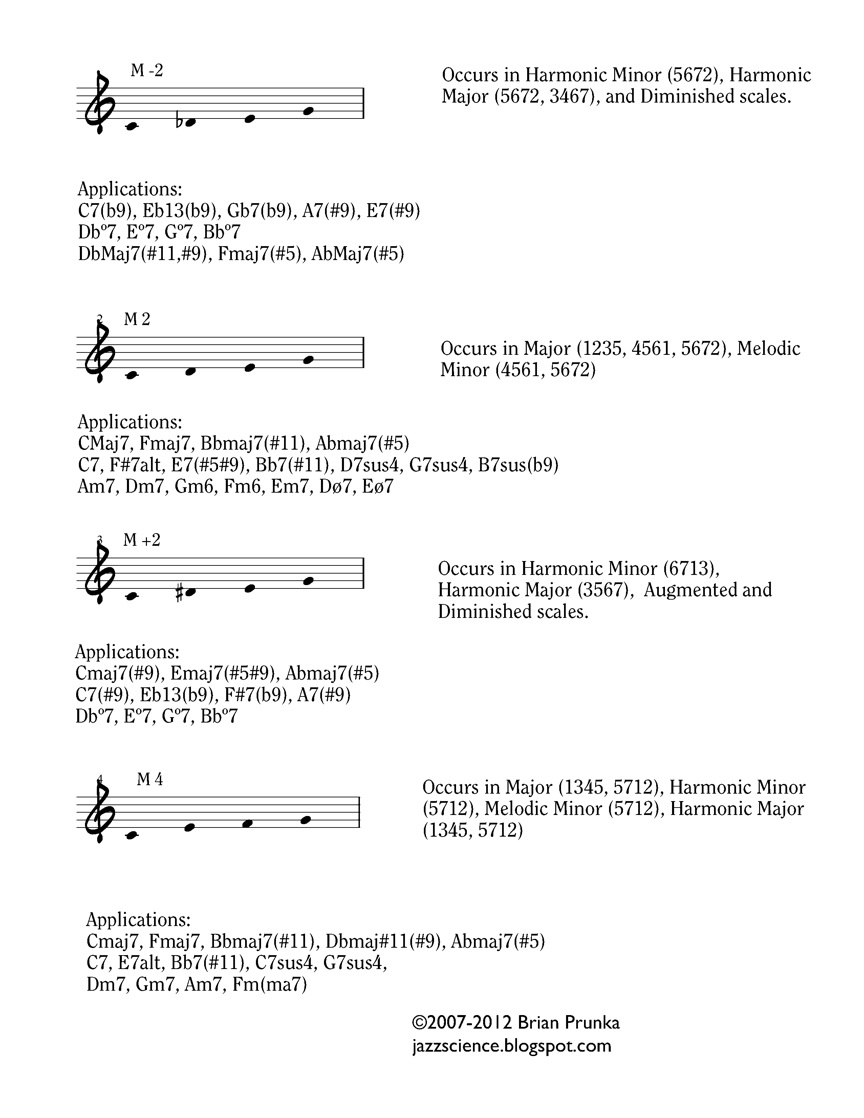 There are a lot of ways to practice incorporating these ideas.  The first thing I would suggest is getting familiar with all the inversions and permutations.  Then pick a simple chord progression like "Autumn Leaves" and figure out all the places where various transpositions can be used.